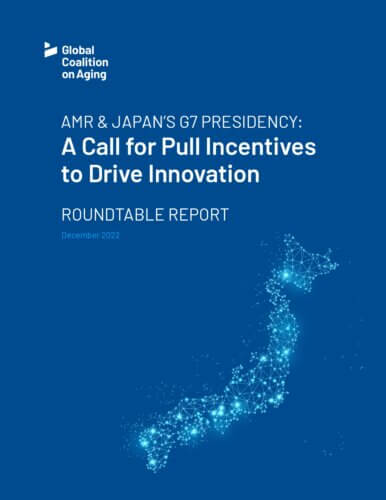 The Global Coalition on Aging (GCOA) released a report regarding Antimicrobial Resistance (AMR) countermeasures in preparation of the 2023 G7 Hiroshima summit.

This report is based on discussions from an online roundtable held in September 2022. The roundtable brought together public health, economic, and policy experts from Japan, the United Kingdom, the United States, and Sweden, with Ms. Yui Kohno, a manager at Health and Global Policy Institute, as a speaker.

The roundtable and the report propose the following four critical actions to address AMR that Japan, as the chairing country, should take in preparation for the 2023 G7 Hiroshima Summit.

The details of the report can be found here.