The World Health Organization (WHO) estimates that at least half of the world’s population does not have access to necessary health services and that every year 100 million people fall into poverty due to out-of-pocket medical expenses. Universal Health Coverage (UHC) aims to address this issue and ensure that all people have access to quality, affordable health services without financial hardship. As the core driver of Sustainable Development Goal (SDG) 3, UHC incorporates a range of health services from health promotion to prevention, treatment, rehabilitation, and palliative care. Over the past few years, the COVID-19 pandemic has had a major impact on health systems around the world and has demonstrated the interconnectedness between UHC and health emergencies. Global health security (GHS) is an essential element in realizing UHC and establishing strong and resilient health systems while enhancing pandemic preparedness and response. Effective GHS means that countries have resilient public health systems that prevent, detect, and respond to public health emergencies wherever they occur in the world.

At the same time, the emergence and spread of Antimicrobial Resistance (AMR) is one of the biggest issues in modern medicine and public health and is often referred to as a silent pandemic. According to the WHO, “AMR is one of the top 10 global public health threats facing humanity”. The ongoing COVID-19 pandemic is an example of what infectious diseases can do to existing health systems in the absence of an effective treatment. Like the ongoing pandemic, the silent AMR pandemic has a significant negative impact beyond the health sector. It threatens food security, the economy, and development, ultimately, diminishing progress made toward the achievement of the SDGs. In 2016, global leaders pledged to fight AMR at the 71st United Nations General Assembly (UNGA). This commitment at the highest level moved many countries to develop National Action Plans (NAPs) to combat AMR. However, the implementation of NAPs has proven to be challenging for many countries.

Dr. Tedros Ghebreyesus, Director-General of the WHO, stated that “progress toward UHC is vital for tackling the threat of AMR.” To date, most health systems have been developed on the assumption that effective and affordable antimicrobials would be readily available. However, the effectiveness of antimicrobials is no longer guaranteed, due to AMR. This places the sustainability of health systems in jeopardy and poses many economic and social risks. It is estimated that the cost of AMR in the European Union is 1.5 billion euros per year in health care costs and productivity losses. In Japan, the situation is the same, and there is research suggesting that even a 50% reduction in resistance toward gram-negative bacilli (one of the three most commonly isolated organisms) would lead to annual cost savings of between 2.5 to 6.4 billion yen. Without adequate stewardship of antimicrobial use, increased access associated with UHC could increase the risk of AMR. This means that strategies for strengthening health systems and for making progress towards UHC need to take AMR into account.

The HGPI Special Seminar will bring together guests to discuss the connections between Universal Health Coverage, Global Health Security, and Antimicrobial Resistance. Global perspectives on their interconnectedness, including the inclusion of measures for AMR in international instruments for pandemic prevention, preparedness, and response currently under negotiation, will be discussed. Examples from Asia and Europe on addressing AMR and other global health issues using national health systems will then be introduced. The seminar aims to promote the importance of linking UHC, GHS, and AMR together in order to strengthen public health capacities and systems.

This webinar will be organized by Health and Global Policy Institute (HGPI), AMR Alliance Japan, and the Asia-Europe Foundation (ASEF). 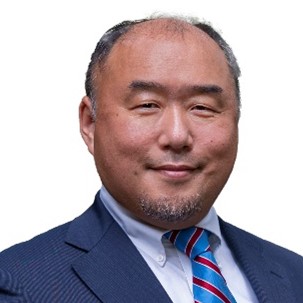 Ambassador MORIKAWA Toru (Japan) joined the Asia-Europe Foundation (ASEF) as its 8th Executive Director in August 2020. ASEF’s leadership alternates between Asia and Europe every four years. Ambassador MORIKAWA is a seasoned career diplomat bringing decades of experience and expertise to ASEF. His previous postings include serving as Minister, Deputy Head of Mission, Embassy of Japan in Iran; and Minister-Counsellor, Embassy of Japan in France where he was in charge of various cultural exchange initiatives. He has also worked in the areas of Media and Regional Economic Cooperation and has experience in cultivating and enhancing partnerships for projects with different organisations including the private sector. Ambassador MORIKAWA received his Bachelor’s Degree in Law from the University of Tokyo. He is fluent in Japanese, French, and English. He is married with two children. 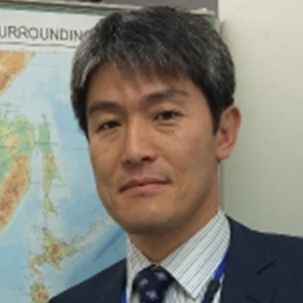 After graduating from Kyushu University, Faculty of Medicine, he joined the Department of Surgery II, Kyushu University. After getting Ph.D. degree at Kyushu University in 2000, he served as an Assistant Professor of Kyushu University in 2001. After joining in the Ministry of Health, Labour and Welfare in 2001, he served as Deputy Director-General of the Department of Welfare and Health, Niigata Prefectural Government, Director of the Office of International Food Safety, Councilor of the Permanent Mission of Japan to the United  Nations in New York, Director of the Office of International Cooperation, Director of the Global Health Policy Division, Ministry of Foreign Affairs, Director-General of the Bureau of International Health Cooperation, National Center for Global health and Medicine, Director, Infectious Disease Control Division, Health Service Bureau, Ministry of Health, Labour and Welfare, and Director, Health and Medical Division, Bureau of Personnel and Education, Ministry of Defense. Dr. Hinoshita has also been a Visiting Professor of Nagasaki University.

Nick had a 20-year career in analytical science, process technology and general management in the chemical, pharmaceutical and contract laboratory industries prior to joining NICE in 2010 as the associate director responsible for establishing and managing the Diagnostics Assessment Programme. In 2014 Nick was appointed to his current role where he oversees NICE Scientific Advice, the Science Policy and Research programme and NICE’s input to the European Network for Health Technology Assessment (EUnetHTA). Nick has broad scientific and policy interests relating to the evaluation of technologies and interventions to support the development of clinical, public health and social care guidance. His experience includes consideration of HTA issues arising from the availability of novel new products such as cell and gene therapies and work on methods issues relating to the evaluation of antimicrobials. Nick was also the co-chair of the evaluation and commissioning subgroup of the UK regenerative medicine expert group and led NICE’s contribution to a project on the assessment and appraisal of regenerative medicines that reported in 2016. 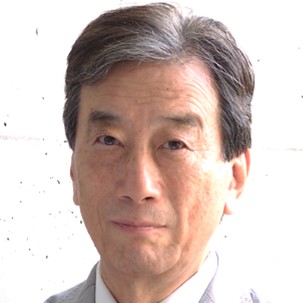 Dr. Kiyoshi Kurokawa is a professor emeritus at the National Graduate Institute for Policy Studies (GRIPS), Member of World Dementia Council (WDC), International Scientific Advisory Committee (ISAC), and Harvard T.H. Chan School of Public Health, John B. Little (JBL) Center for Radiation Sciences. After graduating from the University of Tokyo Faculty of Medicine, he served as a professor at the School of Medicine of UCLA (1979–1984), University of Tokyo (1989–1996), the dean of Tokai University School of Medicine (1996–2002), the president of the Science Council of Japan (2003–2006), the science advisor to the Prime Minister (2006–2008), World Health Organization (WHO) commissioner (2005–2009), Chair and Representative Director of Global Health Innovative Technology (GHIT: 2013.1-2018.6) and the executive member of many other national and international professional societies. He was also the chairman of the Fukushima Nuclear Accident Independent Investigation Commission by the National Diet of Japan from December 2011 to July 2012. 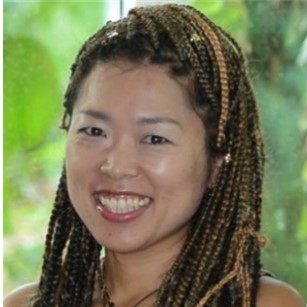 Riko Kimoto joined ASEF in April 2016. She leads ASEF Public Health Network from conceptualisation to implementation. Prior to joining ASEF, she gained extensive field NGO/volunteer experience in Latin America, collaborating with the local/international agencies such as the Ministry of Health and UNHCR, dealing with a wide range of issues in public health. Besides the Americas, she also worked in Africa as a project supervisor for hospital management. Since she has lived much of her adult life in countries other than her own, including Haitian Batey (village) in the rural Dominican Republic, she became very capable of adapting to different cultures and lifestyles, which she enjoys a lot. Riko has a Bachelor of Nursing degree from Australian Catholic University, and she is a qualified nurse with several years of clinical experience. She then obtained her Master’s degree in International Public Health (MIPH) from the University of Queensland. For MIPH, she conducted her research in Mexico, and her article was published in a professional journal afterwards.

Ms. Yui Kohno is a graduate of the University of Sydney School of Public Health’s Faculty of Medicine and Health in Australia. After obtaining a Master of Health Policy degree from the University of Sydney, Ms. Kohno joined Health and Global Policy Institute. There, she is responsible for research and analysis of national and global policy challenges within and beyond the fields of Antimicrobial Resistance (AMR) and vaccination. Her activities include planning and coordinating conferences for better policy dialogue and discussion and engaging in public relations, outreach, and advocacy activities.