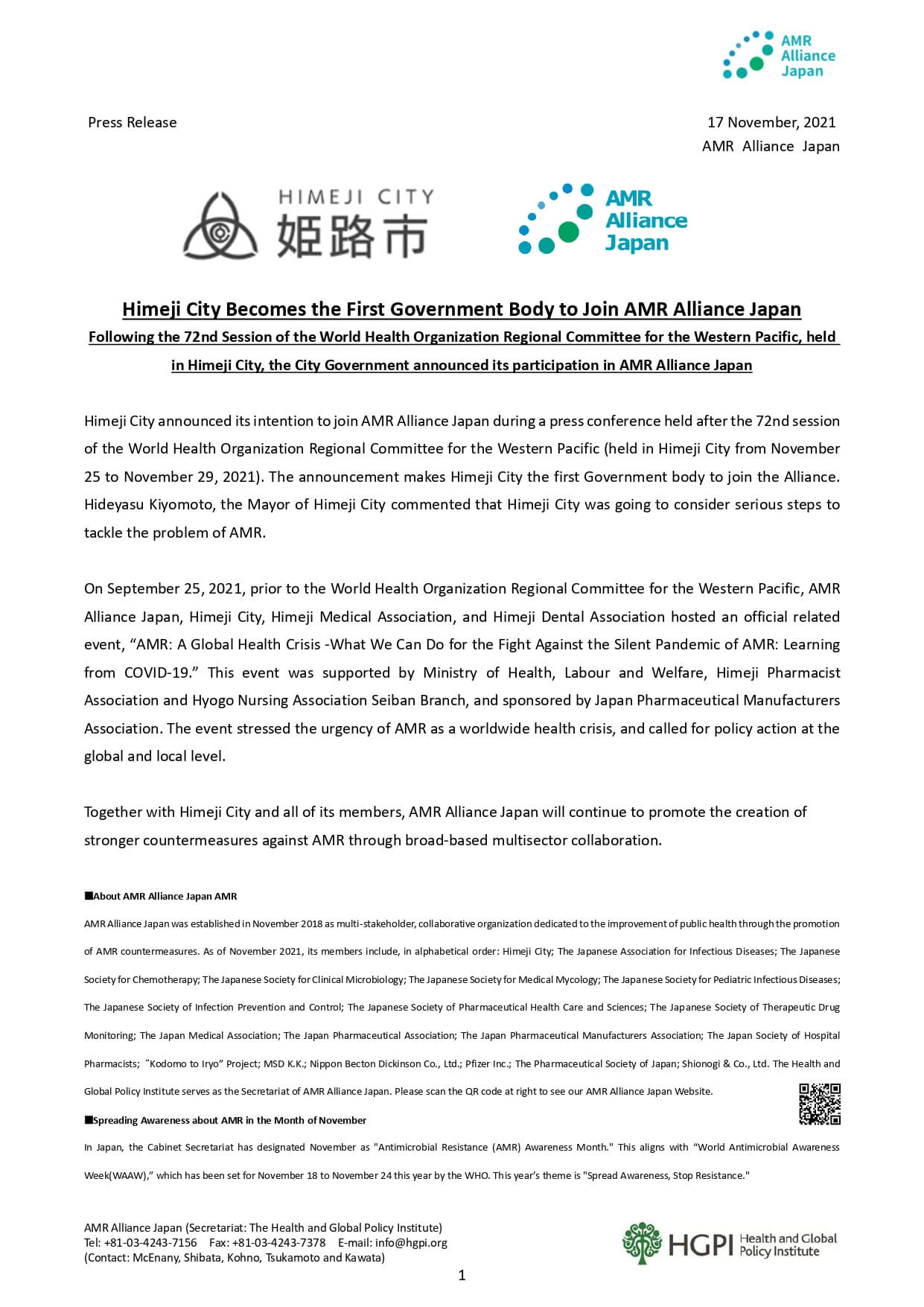 Himeji City announced its intention to join AMR Alliance Japan during a press conference held after the 72nd session of the World Health Organization Regional Committee for the Western Pacific (held in Himeji City from November 25 to November 29, 2021). The announcement makes Himeji City the first Government body to join the Alliance. Hideyasu Kiyomoto, the Mayor of Himeji City commented that Himeji City was going to consider serious steps to tackle the problem of AMR.

On September 25, 2021, prior to the World Health Organization Regional Committee for the Western Pacific, AMR Alliance Japan, Himeji City, Himeji Medical Association, and Himeji Dental Association hosted an official related event, “AMR: A Global Health Crisis -What We Can Do for the Fight Against the Silent Pandemic of AMR: Learning from COVID-19.” This event was supported by Ministry of Health, Labour and Welfare, Himeji Pharmacist Association and Hyogo Nursing Association Seiban Branch, and sponsored by Japan Pharmaceutical Manufacturers Association. The event stressed the urgency of AMR as a worldwide health crisis, and called for policy action at the global and local level.

Together with Himeji City and all of its members, AMR Alliance Japan will continue to promote the creation of stronger countermeasures against AMR through broad-based multisector collaboration.

■Spreading Awareness about AMR in the Month of November
In Japan, the Cabinet Secretariat has designated November as “Antimicrobial Resistance (AMR) Awareness Month.” This aligns with “World Antimicrobial Awareness Week(WAAW),” which has been set for November 18 to November 24 this year by the WHO. This year’s theme is “Spread Awareness, Stop Resistance.”